My husband and I dropped into a coffee shop and while he read the newspaper, I overheard a conversation going on next to us. I didn’t mean to eavesdrop. The voice of one of the three carried across the room. Here is what I took away from this free research moment:

An idea for a story. Three college students, one male, two females, all of them a bit nerdy. None of them look related to one another. Classes had just begun and we had stopped near a University. New roommates getting to know one another? One was older than the other two. Could she be returning to college, forced to room with younger students? (I could spend much more space brainstorming in this space.)
Characters. Three people, two female, one male. One of the females bragged to the others about her fellowship. Made it clear she wasn’t a Teaching Assistant, which meant the college thought her brain was more valuable than that. She would be working in a lab doing research. The young man never said a word to the two women, but he leaned toward them, obviously interested in what they had to say. Maybe he had a crush on the younger woman.
Cadence and/or dialogue. One discussion was the European health care system vs. the US’s. The back and forth taught me how quickly the conversation can change when one person shows up another. How questions work to undermine grandiose statements.
Humorous beginnings for articles. I could take this conversation and use it to begin an article on how I used to be just like that gal—and thought I was knew a lot when I was in my early twenties. Now that I’m in my sixties, I realize how much I don’t know. She will face that moment too.
Insights into people. Listening to conversations give you insights into people that you won’t get by reading books, or watching movies, or even having conversations with your friends. Dialogue in books are well orchestrated. And when involved in a conversation with your friend—you are too close to see what’s going on. It’s much more instructive to listen to other people’s conversations—to learn from an impartial point of view.
Leave a reply
My husband took me out to breakfast. I ordered something I don’t have every day, eggs and home fried potatoes. Unfortunately, the potatoes were too salty, which ruined them for me. This made me think about how Jesus called us to be salt in the world.
Salt is a seasoning. If sprinkled on our favorite dish, it can bring out the flavor of food. In fact, some foods, like eggs, are tasteless without salt. However, too much and we spoil the dish.
Can we do the same thing with our witness? Can we spoil our desire to share Jesus when we are overbearing and a know-it-all? Did I overdo it the time I was at my sister’s and a man came on the TV spouting new age junk, and I stated in no uncertain terms, “What a lot of bunk”?  Or how about the day I argued with my other sister about baby baptism vs. adult baptism and we ended up hurting one another’s feelings? What kind of “salt” was I that day? These are just two examples of times I should have used less salt–and more love and tastefulness.
What about in your writing? Are you over salting your novel or your nonfiction book? Signs you might have overused the saltshaker are excessive use of the word you, telling the reader how they must live, Christianese, phrases and words that have lost their meaning, and preaching, long stretches when you tell the reader about what the Bible says instead of showing them through interesting anecdotes and stories.
13 Replies
The montage is a way to show the passage of time. It’s a rapid use of images to show days, weeks, or years passing in the life of your story. In movies you might see calendar pages falling, or a series of newspaper headings, or a tree with the seasons changing from fall to winter to spring.
Here are examples of how to do the same in your writing:
Example: Mary wandered down the street of her home town. In the second hand store window, she spotted an old camp stove, reminding her of the trips she and her husband used to take up to Lake Coeur d’Alene. She entered and poked through bins of faded postcards, shelves of old glassware, toys children had played with and now discarded. In the back she found a rack of old dresses and tried a couple of them on, her image in the mirror bringing a rare smile to her lips. How much she looked like her mother.
A clock bonged and she glanced at her watch.  Where had the afternoon gone? She was late.
Example: John planted his garden in early May after the last frost. All spring and summer he enjoyed the fruits of his labor, but before he knew it, he was picking the last of the tomatoes and squash.
2 Replies

When I started writing fiction, I had a hard time getting my characters from one place to another. This is what I wrote:

John hit the elevator button, stepped into the car, rode down two floors. He strode through the lobby and out into the street. He walked quickly down Elm, turned on Vine, and waited patiently at the stop light. When it turned green, he stepped out onto the street, crossing over onto the 44th. He entered Walgreens.
Whew, that’s a lot of work to move my character from point A to point B. What if I need to get through a week? A month, or five years. How do I fill in all that time?
Here are some easy suggestions I that might help you:
Transition of place:
When we arrived at Tom’s cabin . . . (You can move your characters hundreds of miles in six easy words.)
John hurried to the Walgreens a few blocks away from his apartment.
Joan worried about her family as she watched the miles fly by out the window of the bus.
Meanwhile, back at the ranch . . . (funny, but you can see how clearly this moves the reader from point A to point B.)
Transition of time:
A few minutes later . . .
By the time the baby arrived . . .
John hit the elevator button and few moments later was at the Walgreens down the street.
Transition of subject:
Consequently. . .
In spite of this . . .
Meanwhile . . .
On the other hand . . .
5 Replies

Have you considered adding a symbol in your novel? Some of the best novelists (and nonfiction book authors) use them to add depth to their stories and to their characters. What exactly am I talking about? A symbol can be a living thing like a butterfly, eagle, or an old oak tree. Or it can be an inanimate object like a family home, a seashell, or a precious stone. Throughout the story the object takes on a meaning larger than itself. It adds layers of emotional meaning that otherwise you’d have to explain. And it can be useful in showing depths of a character’s personality.

My friend Kate Lloyd has a book coming out soon, Pennsylvania Patchwork. She’s an amazing writer and I want to help promote her novel. I’m a busy writer, editor, volunteer, and grandmother. I can’t do everything I want to do, but here are 7 things I can do in the limited time I have:

1. Buy her book. I can pre-order her book through Amazon.com or Christianbooks.com, or both. Publishers notice how many people are preordering a book and this helps the author. And by buying her book new, she gets a royalty.

2. Buy her book as a gift. I already know of friends and relatives who will enjoy Kate’s novel. I plan to buy it for them as either a birthday or Christmas gift. I’ll have Kate sign her book, which makes my gift even more special.

3. Face her book out at bookstores. Whenever I stop in at my local Christian book store or Barnes & Noble, I check to see if her book (and other friends’ books) is on the shelf. Then I face her cover out, helping the next shopper notice her novel.

4. Order her book. If I can’t find her book, I ask the employees where it is. This draws their attention to her name, and title. If they don’t have it on the shelf, I will ask them to order it. I’ll also inform them she’s a local author. I’ll tell them how much I loved her last book, Leaving Lancaster, and tell them how much I’m looking forward to reading her new book. Bookstore employees can’t know all the books they carry, and this will help them find a new author they will appreciate recommending to other readers.

5. Review it. After I’ve read the book, I will leave a review on Amazon.com, BN.com, Goodreads.com, and Christianboods.com. I will be fair and honest. Five star reviews sell books. Someone said I should also “Like” her books on Amazon.com. This will help with linking her book to others similar to it. This helps other readers find her Amish fiction.

6. Reserve a copy at the library. As a former employee at the public library, I know that if someone requests a book, the library buyer pays attention. The more a book is checked out, the more likely they are to purchase more of that book. One of the best things I can do for my friend is to request her book from my local library and tell the staff that works there that she’s a local author.

7. Talk about her book on Facebook. When Kate’s book comes out, I’ll mention it on my Facebook page. I’ll link to her Website and also to places where people can buy it. Pictures help sell, and so I’ll make sure I have the cover in my picture file. If she does giveaways, I’ll pass the word along to my friends.

None of these things take a lot of time, but they will help my friend sell her book. You can do the same for your friends and in return when your book is published they might do the same for you. Maybe you have ideas of your own. What would you add to my list? Please comment below. 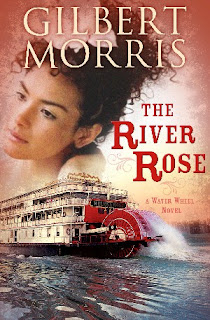