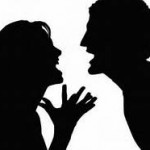 4 thoughts on “7 Ways to Increase Tension in Your Writing (Man vs. Man)”